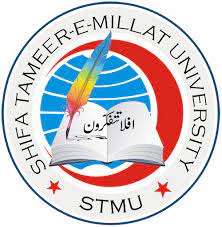 Shifa Tameer E Millat University STMU Islamabad invited eligible candidates for Admissions in BSN for Academic Session Spring 2022. Candidates who were eligible called for BSN Entry Test that was going to be held on October 23, 2021. Shifa Tameer E Millat University STMU Islamabad has been circulated the information to the concerned candidates that their BSN Entry Test has been deferred by STMU Concerned Authority. BSN Entry Test is postponed due to the protest and blockage of Faizabad. Candidates will have an issue to reach the test centre. In order to avoid inconvenience the BSN Entrance Test has been postponed. The new date for conduction of BSN Entrance Test shall be announced later and communicated to students. Candidates are advised to check the website for further updates. The Roll No Slips which have already been issued to candidates shall remain valid, candidates shall be appeared in Entrance Test on the basis of these previous Roll No Slips.