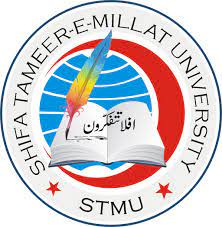 Shifa Tameer E Millat University STMU Islamabad earlier announced for conduction of Entry Test for Admissions to BSN for Academic Session Spring 2022. BSN Entry Test that was going to be held on October 23, 2021 was postponed due to due to the protest and blockage of Faizabad. Now, Shifa Tameer E Millat University STMU Islamabad is intimating to eligible concerned candidates that STMU has announced Re-Schedule to conduct the BSN Entry Test. Candidates shall be physically appeared in Examinations as per issued schedule on October 30, 2021. Entry Test will be started in the morning shift at 10:00 AM. As per given instructions to students The Roll No Slips which have already been issued to candidates shall remain valid, candidates shall be appeared in Entrance Test on the basis of these previous Roll No Slips. Candidates shall follow SOPs prescribed instructions issued by Government of Pakistan.