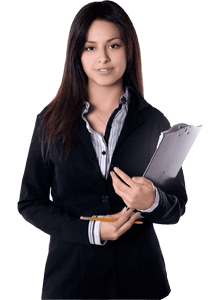 St. Mary’s Cambridge School was established by the Mill Hill London Catholic Fathers in March 1949 as a missionary school for the Catholic diocese of Islamabad-Rawalpindi. Rev. Fr. Thijssen became the founding principal and the school commenced in the new Holy Family Hospital Building, Saidpur Road. Later on, the Sisters of the old Holy Family Hospital were shifted to the new hospital building and the old hospital building was given to the Diocesan Board of Education to operate St. Mary’s Cambridge School.

In January 1956 St. Mary’s School, Chaklala was established and educated a number of boys until 1964 when it was handed over to the P.A.F.

With the increasing demand for enrollments and the need for a boys school in the Cantonment area St. Mary’s Academy was established at Lalazar in 1962 with a senior section accommodating classes from Class Six to Matriculation and Senior Cambridge. Whilst the senior Cambridge students transferred from the St. Mary’s Murree Road that site continued to operate offering matriculation classes. The founding Principal at Lalazar was Rev. Fr. Patrick Byrne whose dream it was to eventually provide a comprehensive educational system from Nursery to A Levels and graduation. In 1966 the junior section commenced operation and in 1998 A level classes were added. For a few years girls were also enrolled in the junior primary classes. Currently girls are enrolled in A Level classes in affiliation with Federal Board of Intermediate & Secondary Education FBISE, Islamabad.

Today St. Mary’s Academy offers classes from Play Group to Matriculation, HSSC , O Level and A Level preparing students to follow in the footsteps of earlier St. Marians who have taken their place as honorable and leading Pakistanis and world citizens. St. Marians have excelled in academic and sporting fields and play an important role in Government, the professions, business and in the Defence Forces.