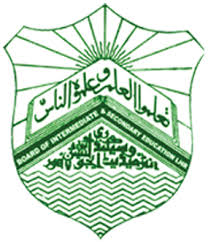 Lahore, Educational Boards of Punjab have announced that their Punjab Board SSC / HSSC annual exams results 2020 are delayed. Due to coronavirus pandemic in the country, the schools, colleges and universities were closed and the exams were cancelled. On the orders of the federal government, the students were promoted to the next classes without taking their exams. The government announced the promotion formula and the students were awarded the marks on the basis of their marks in the previous classes. The educational boards started marking of the students and it was announced previously to announce PBCC matric / inter class result 2020. Punjab Boards Matric / Inter Delay Result 2020.

Now it is announced that due to non provision of the practical papers marks, the marking of the papers is not completed. The HEC has also issued the instructions to the educational boards to prepare the PBCC 10th / 12th class annual exams result 2020 and it was expected that PBCC matric result 2020 was going to be announced on 14 September and PBCC FA/FSc result 2020 was going to be declared on 17 September 2020. Now the higher officials have decided that the result will be declared from 30-09-2020 to 07-10-2020 and the Chief Minister of Punjab will accord approval to grant permission to the decision and Punjab Educational Boards will announce their matric and inter class result according to new schedule.