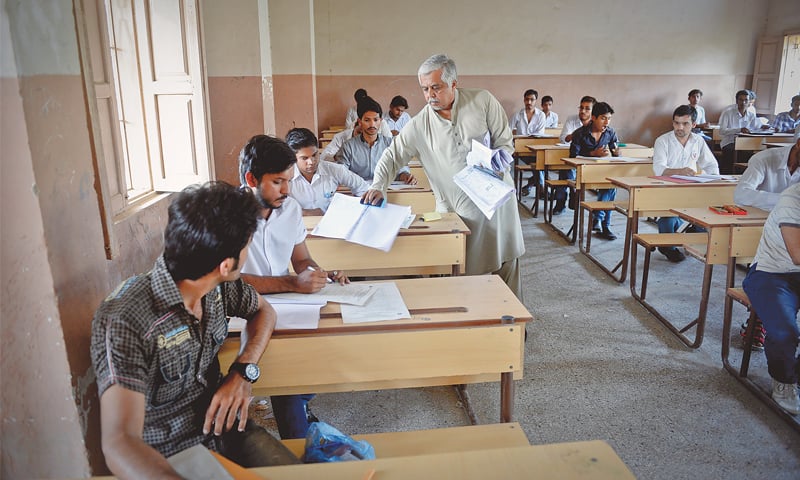 The Federal Education Minister, Shafqat Mehmmod has announced the final decision for the Matric and Intermediate Exams 2021. The order of examinations has been changed. According to new schedule the the 10th Class Exams 2021 will be started from 19th June 2021, Class 12th Exams will start from 6th July 2021, The Class 9th Exams from 20th July and First Year Annual Exams will be conducted from 5th August 2021.

The education ministers of the federal capital Islamabad, Punjab, Sindh, Khyber Pakhtunkhwa, Balochistan, Azad Jammu and Kashmir and Gilgit-Baltistan have agreed that no class, including ninth and eleventh, will be promoted without examination this year like last year. The order of examinations has been changed in the light of which the students of 10th and 12th classes have to get admission in colleges or universities so their papers will be taken first while the examinations of 9th and 11th classes will be held later.

There will be no matriculation and intermediate practicals, 50% marks in practical's will be given to all students while the remaining 50% marks will be given in reference to the average of the marks of part-second theory. Also no student of Matric and Intermediate Part II will get as many marks in Part II.

The same number of marks will be given in Part-I. However, the decision to give 3% extra marks in Part-I to students of Matric and Intermediate Part-II who did not appear for Part-I last year could not be decided this year.

The Federal Minister for Education said that according to the wishes of the provinces, only smart syllabus will be applied in all classes for two or three days next year in the above mentioned dates but there may be slight change in it.