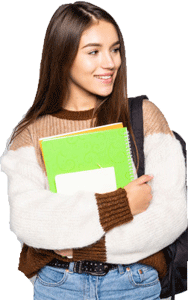 IQRA ARMY PUBLIC SCHOOL AND COLLEGE COMMAND AND STAFF COLLEGE QUETTA conducts the classes for etc. It is situated in Quetta.

It primarily caters for educational needs of the children of the College community including Allied officers, Garrison officers (serving & retired) and civilians of Quetta. The institute has co-education system and is located within the College campus. The academic environment is conducive for the social, moral and physicalgrowth of the children.

The staff endeavors to attain and maintain the highest possible scholastic standards for balanced development of the pupils. The aim is to impart balanced education to its students so as to help them achieve academic excellence, develop sound character and become responsible citizens. The school Initially starting with Montessori section, in subsequent years it was upgraded to Primary school.

In 1981, the school was further upgraded to Middle level. The year 1994 saw the school rise to Matriculation and Cambridge 'O' Level. The first batch that cleared both levels was then offered college (Intermediate) classes in science (Pre-engineering and Pre-medical)in affiliation with Federal Board of Intermeduiate & Secondary Education FBISE, Islamabad. In 1996, the institution became known as IQRA ARMY PUBLIC SCHOOL AND COLLEGE. In 2003, the College was further upgraded to Degree level and was affiliated with University of the Punjab for B.Sc classes.